Apostolic Commission Interdenominational Glorious Ministry with acronyms Acigloministry is an Interdenominational Organization, indeed an Apostolic, Prophetic and Priestly Ministry, equipped with the grace and anointing of the fivefold ministry callings, for unstoppable deliveries, vis-à-vis the Children, Youth, Family, All Religious Rights and the Industry as a Kingdom for end time Revolutionaries and Movement effects in our World.

Established by the LORD GOD ALMIGHTY for the purpose of Informing, Transforming, Reforming and the Global Restoration of all things by THE PRAISE, WORD OF TRUTH, PRAYERS and PRACTICAL DELIVERIES IN LOVE.

The ministry started off initially as  JESUS PROPHETIC MINISTRY on 22nd of October 2012, in the family compound where 75 people were in attendance to Joyfully Ordain and Inaugurate the ministry together with us (my wife & myself), but on the contrary, God spoke the 2nd day after the inauguration that we are not there yet, because it is a 5-fold calling and ministries after the order of Our Lord Jesus Christ, He has set us apart for and we still have some trainings, many physical and spiritual challenges unto conquest and changes of development to get there, but see and take this humble beginning as a training kit for the main full time calling and full pastoral ministry subject to God’s final confirmation and approval if you successfully complete and excel.

After 21 days of night vigils in Lagos, on Sept., 11th 2013, specific instruction came to go from Lagos state to Bauchi state of Nigeria where Religious chaos and killings by the BOKO HARAM SECT had silenced the church and their activities, purposely to rescue the church in that state by conducting a 21days Revival Vigils and a 8 days bible teaching with deliverance sessions, the mission was successfully honored and completed on 18th of October, 2013.

Departing from Bauchi state and on entering into Plateau state, The Spirit of God spoke up as I arrived into Lamingo area in Jos, commandingly saying “Take the New Name for the NEW ERA”–“APOSTOLIC COMMISSION”–“IN HONOR, DOMINION AND POWER”, “IT IS TIME FOR RECIPROCATION OF LOVE BETWEEN MAN AND GOD”.

While we taught the new name is completely delivered, but surprisingly the suffixes were declared after the completion of another 5 days of Revival Crusade in Onihale town, Ogun state, where principalities and powers of darkness as held the totality of both the land and the inhabitants captive through their traditional practices, fired with another 7-days of Divine Prayers on Mount Bethel, on the 18th of September 2014,the suffixes were given as “INTERDENOMINATIONAL GLORIOUS MINISTRY”.

The final instruction came to fully and duly register the new name as APOSTOLIC COMMISSION INTERDENOMINATIONAL GLORIOUS MINISTRY with the corporate affairs commission which is now successfully done.

The God of heaven and earth has been the One loving and showing love to humanity while we have kept demanding for more of His love and providence hitherto, we have not  reciprocated the good love, care and providence rightly or enough back to Him.

He is now demanding love from you and i as He steps down to manifest Himself in another dimension yet unprecedented or never anticipated, changing both the times and the seasons, allowing the striking of the earth with droughts and judgmental acts, showcasing the weakness and failure of human knowledge in order  to draw the attention of humanity unto Himself as the Governor of all the nations and the One & only true Living Present God that Saves, Cares, Protects, a must be Honored and Greatly to be Loved God, reclaiming and ruling His world in His own way and style, for the earth is the Lord’s and the fullness thereof (Psalm 24).

This is likened to Joseph’s, Mosaic, Davidic and Elijah’s calling, ministry and era in the bible, when idolatry, perversion, immorality and humanism became the order of the then known generation as same practices as now taken over the world of ours today.

But  just  before the judgmental famine struck the lands, a Joseph was personally raised, trained and rightly positioned by God.

THE PARAMOUNT OF LIFE, which was inaugurated in the presence of five children and in a rented single room apartment at #20, Rabiatu Idowu Str (enclosure), off Omowunmi Str, Mushin, Lagos, Nigeria, which became a full blown PARA-CHURCH MINISTRY on the 8th of May’ 2019, amidst several oppositions, attacks and challenges which gives way for its present status, with the instruction of just conduction of REVIVALS,VIGILS AND THE GLOBAL RESTORATION MISSION STARTING WITH NIGERIA FIRST”. 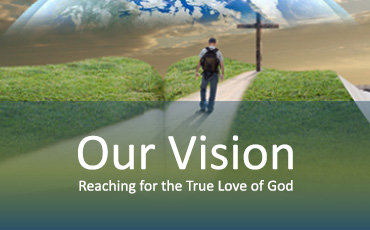 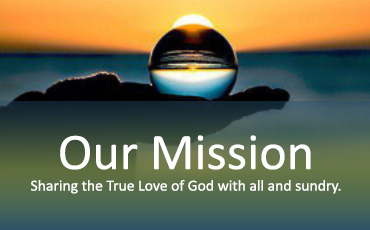